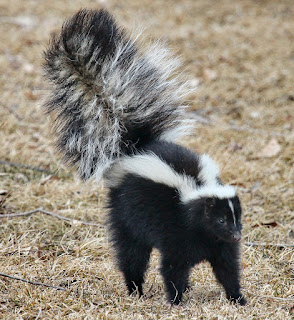 I’m always on the lookout for anachronisms—those pesky little details that don’t belong to a specific time period. Etymological mistakes are frequent culprits. For example, in an early version of my current manuscript, my 1890s protagonist observed that she was in a vulnerable situation which made her, in essence, a “sitting duck.” The problem? The idiom “sitting duck” wasn’t coined until World War II. It wouldn’t occur to a young woman from the Victorian era to use such a phrase to describe the situation she’s in. In fact if a person from the future told her she was a “sitting duck,” she would have no idea what he meant. 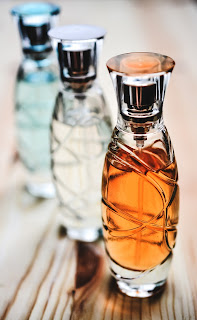 It turns out that perfumes have three “notes,” or fragrance combinations. These are a) the top note, b) the heart (or middle) note, and c) the base note. If you’ve ever purchased a perfume or cologne only to start wearing it and find out it doesn’t smell so good after all, the culprit might be found in the notes. At the first whiff, you may have detected cinnamon, orange blossom, orchid, or a combination. This top note might last for a good twenty or more minutes. Eventually, however, it will break down to the heart note. Now you’re smelling leather, rose, or whatever other fragrance the perfume has become, but when you arrive at work an hour later, something awful happens. Your coworkers detect the pungent aroma of moldy grass clippings and eau de sour milk every time you walk past them. You can’t even stand to smell yourself! How did you ever think this perfume smelled good on you?

Part of the problem is the base note. Part of it is your particular body chemistry. Of course, none of this information will make it into the final draft of my novel because if it does I’ll have made yet another mistake. (Anyone ever read the cetology chapter in Moby Dick?) It will, however, inform my decisions about how I describe the perfume’s aroma in key scenes that come later in the story.

Posted by Alexander Delacroix at 2:12 PM No comments:

Meet the Author of The Impaler’s Shadow

The only thing I hate worse than filming myself is licorice. And licorice-flavored salt water taffy. And licorice-flavored ice cream. I mean, seriously, can a flavor like that even be considered a variety of candy? But it’s great to be a member of the Swoon Squad, and it was an honor to be asked to make the following video. (Even though a fence post would have managed to introduce itself with more personality.)


If this didn’t frighten you enough, you can also read my author interview here.
Posted by Alexander Delacroix at 7:57 PM No comments:

I'm thrilled to announce that The Impaler's Shadow (by yours truly) and This Is What You Came For by Jessica Patrick have been selected for publication by Swoon Reads! You can read the announcement here. 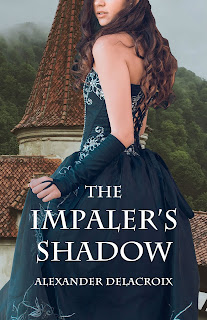 Posted by Alexander Delacroix at 8:39 PM No comments:
Home
Subscribe to: Posts (Atom)