Heart of the Impaler

He tore her away from Transylvania; now her scheming father has bartered her off for lands and a title. Ilona Csáki has no desire to marry the voivode’s son, but love and marriage are the least of her worries.
The royal family’s enemies have already tried to put an arrow through her head, and if anyone discovers her blossoming feelings for her betrothed’s younger brother Vlad and his cousin Andrei, she might just wish they’d succeeded.
Beneath the shadow of impending war, the only battle that will be deadlier than the one for Ilona’s life will be the one for her heart. 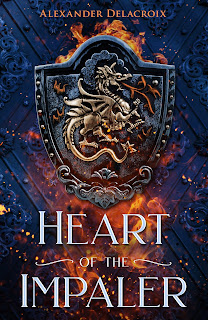